skip to main | skip to sidebar

The people killed in the fatal accident at 23rd and Montgall last night at about 8 pm have been identified as Tiffany A. Berry, 33, and Suavae R. Rouser, 14, of Kansas City. Two other passengers were in the car and they received minor injuries. They were daughters of Ms. Berry. Police have a 42-year-old male in custody who was driving the truck.

The male is a parole absconder and is being held on a no bond warrant. He will likely not be charged with any crimes related to the accident today.

Officers stopped the truck near 23rd Street and Myrtle because the vehicle was driving erratically. When the vehicle stopped, two passengers in the truck got out and were taken into custody by the officers. The truck fled the area westbound on 23rd street. The officers stayed with the passengers and told the dispatcher about the truck. Near 23rd and Montgall Avenue, the truck collided with a 1999 Chevrolet Malibu driven by Ms. Berry. The truck flipped onto its side and slid into the intersection of 23rd and Prospect where other officers were waiting. Officers took the driver into custody after he climbed out of the truck and tried to run away.

One of the passengers from the truck had cocaine in his possession. He was placed under arrest and is being held for possession of narcotics.
Hounded by Bunny the newshound 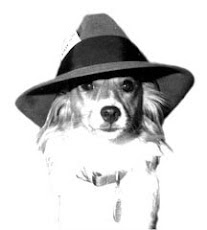 Looking for something in Historic Northeast?

brought to you by: